This week I’m making croissants. I’ve made croissants before but haven’t in at least a year and I’m out of practice. Croissants take time. No rolling out of bed early on a Sunday morning and whipping some up. Croissants normally take up to 6 hours. There’s all the rolling and folding and then the proving times. But the recipe I am testing this week is definitely the longest I’ve ever come across. It is from my newest recipe Flour by Joanne Chang. Flour is a Boston based bakery that makes all sorts of wonderful, mouth watering treats. But her croissants are legendary and so I’m trying out the recipe. It’s going to take 3 days. Yup. Three. Days. That’s ages. Even in croissant recipe terms. 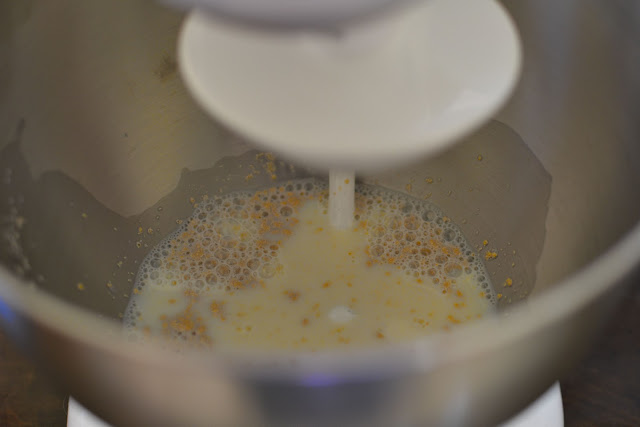 Milk and Yeast Ready in the Mixer
So today I have begun with the initial dough. Basically you mix the milk and yeast together before adding in flours, salt, sugar and butter. This is mixed (by that kind, hardworking soul-the standing mixer) into a smooth, soft dough. I’ve now placed the dough onto a tray and lightly covered it with cling film as per instructions. It is resting in the fridge and will stay there for at least another 3 hours. It is supposed to rest for between 6 and 12 hours. Being that the 12th hour will be sometime in the early hours of this morning, I’m going for the shortest resting time possible. 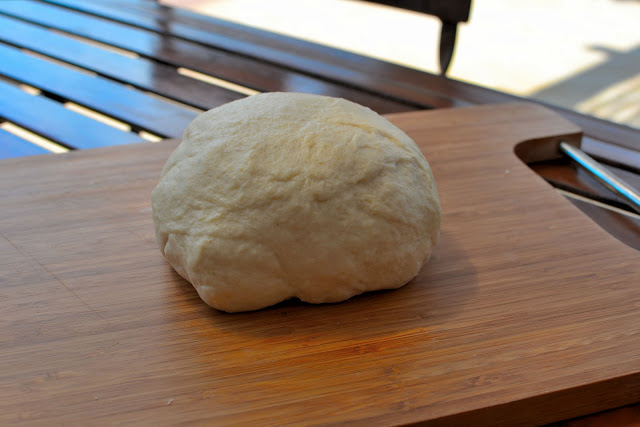 Dough ready for refrigeration
Then there are 2 pages of further instruction about rolling, folding and shaping. More on that later.