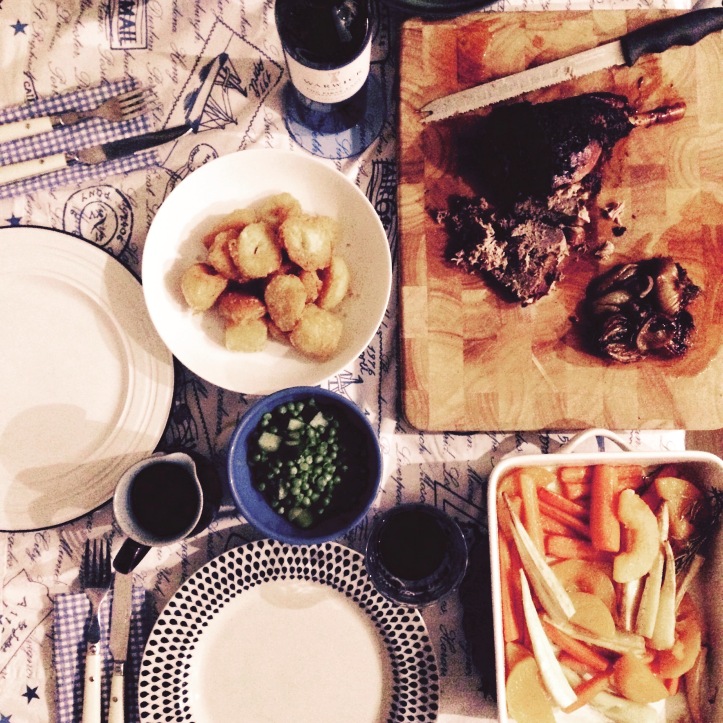 It was move-in weekend this one just past. I worked on Saturday morning, checking that things were running smoothly on campus, but I didn’t eat before leaving the house. (I have a total inability to eat before 9am at the earliest). So by 1.30pm, when I found myself in Sainsbury’s, I was going on three cups of coffee and a shortbread biscuit. I was hungry. So it is perhaps unsurprising that when I found Marcus Wareing’s new book Marcus at Home and started perusing it, I wanted to make everything in it. Literally everything.

But mostly I wanted to make this slow-roast lamb. You may have noticed a love of lamb on this site. It is one of the few cultural staples that I identify from my childhood. It was not uncommon to refer to there being ‘half a sheep’ in one’s freezer. And if anyone made a trip to the Karoo (where the best lamb and mutton is raised), inevitably there would be lamb upon return. So roast lamb, particularly on a Sunday, was something of a feature of my childhood growing up. We even had it with my aunts in Bloemfontein when we visited last month.

Marcus’s slow-roast lamb is clever (in my humble opinion anyway) because he blends the spices together to smother over the lamb before cooking. I’ve always pierced the lamb and stuffed it with garlic/rosemary/thyme, but Marcus has you blend the spices with olive oil and massage this mix into the lamb. It is frankly genius. I can’t think why this hasn’t occurred to me before. You cook the lamb on a few onions which turn into lamb-y onion-y goodness at the end. I also like the use of sherry as the liquid to baste the lamb. I don’t use sherry enough and the resulting jus is fragrant and complex.

I paired the lamb with killer roast potatoes. I think I have finally cracked the crispy but soft roast potato equation. Here is what I did this time:

The lamb takes 3-3.5 hours to cook in a low oven at 160C. I cooked the potatoes for a good two of those. They were crispy and golden on the outside and soft on the inside. 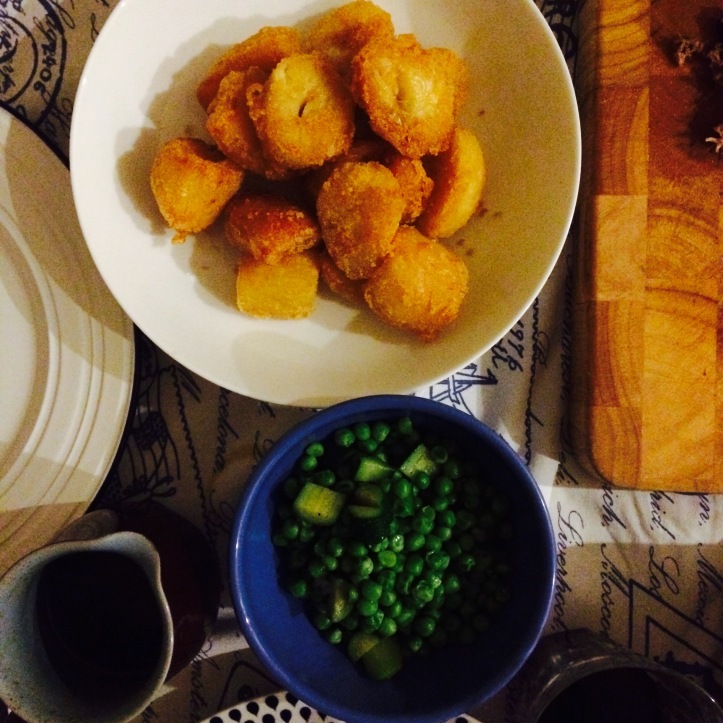 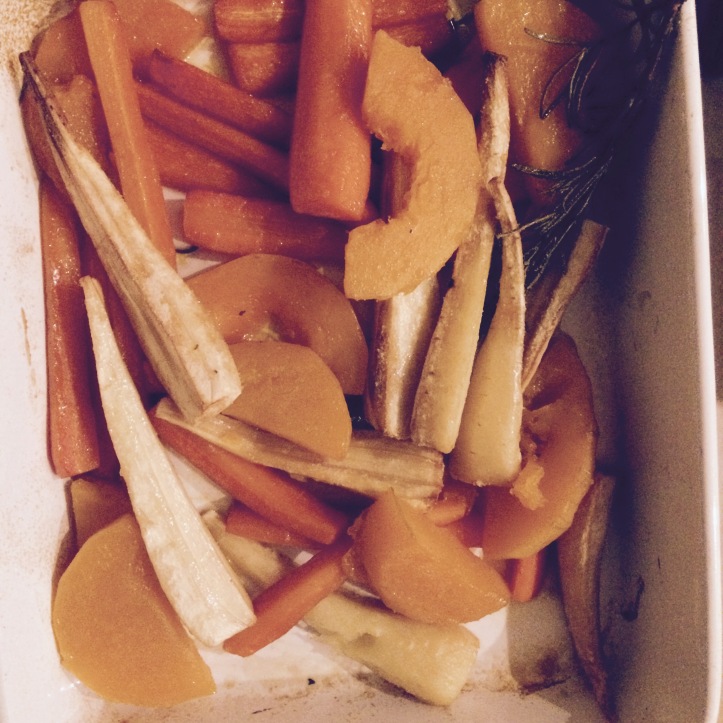 For veggies I roasted a coquina squash, carrots and parsnips with some olive oil, salt, pepper and rosemary. I boiled some peas and courgettes until tender and then tossed in some butter and salt.

When the lamb was cooked, I rested it for ten minutes whilst I drained the jus and heated the peas again. 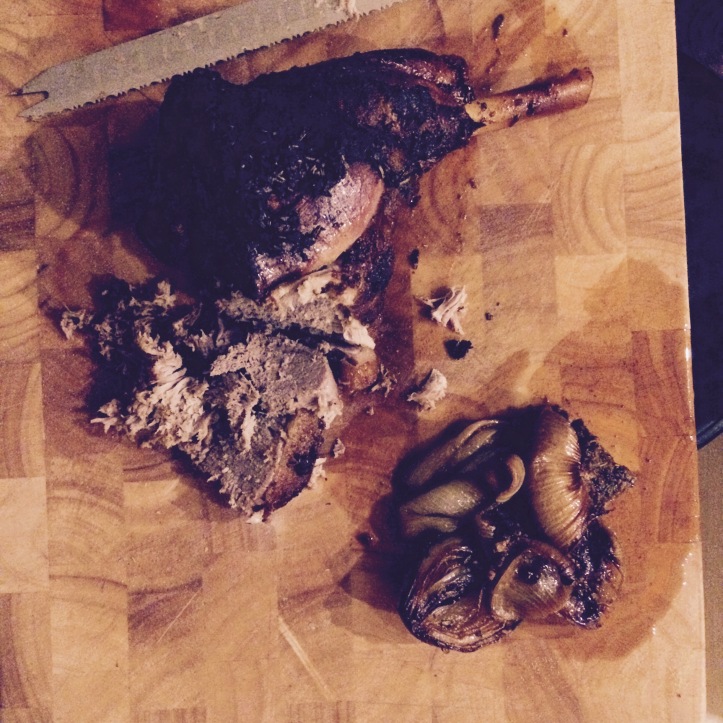 We shared some Warwick wine estate First Lady over dinner. Afterwards we binge watched more episodes of Great British Menu. I will definitely be making this lamb again. And will probably cook many more things from the book too. Watch this space!