I’ve had some dried apricots in the cupboard for a while now. Okay okay, months really. I bought them in a fit of healthy eating, promptly got over it and they’ve been squandering at the back of the cupboard, just out of eyesight. I toyed with the idea of making apricot and pecan granola bars but then I ate all the pecans as a snack instead. So this is the compromise – oats, apricots and chocolate. They mesh surprisingly well. The chocolate is dark and bitter, the oats adds texture and every now and then is an apricot piece full of sweetness. I originally thought these were going to be granola bars but they turned out more like British flapjacks (flapjacks in South Africa being something else entirely). I’m cool with that. They are insanely sweet – there’s golden syrup, black treacle and brown sugar in here. But they seem kind of healthy too – mostly because of the oats I think. Don’t kid yourself, these are not guilt free bars. But they are a super afternoon snack with tea, an after dinner sweet treat or perhaps, if you like your chocolate early, a breakfast. They’ll kick you into high gear for sure.

The basis of this recipe comes Tea with Bea which I’ve spoken about before here and here if you don’t remember. Bea makes proper granola bars full of coconut, peanuts, almonds and other healthy things. I used the sugars, butter and oats quantities and made up the rest. It worked out surprisingly well – even if I didn’t make what I thought I was going too…

Preheat your oven to 160C and line a baking tray with parchment paper.
Place the butter, golden syrup, black treacle, honey, sugar and vanilla in a saucepan and heat until the butter melts.

Put the oats, baking powder, flour and apricots into a bowl and mix so that the apricots are coated in flour.

Add the liquid to the dry ingredients and mix until combined. Make sure you scrape the bottom of the bowl because the flour has a nasty habit of hiding out down there and reappearing as you’re trying to squish everything into the baking tray. 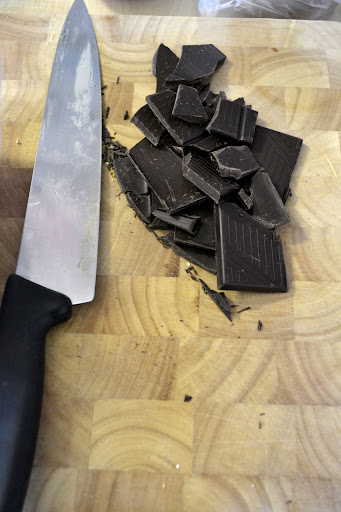 Finally add in the chopped chocolate. Because the mixture is warm the chocolate will melt slightly so don’t be alarmed when this happens. You’ll still have larger pieces of chocolate that will survive the heat. Press the mixture into the baking tray using the back of a spoon or the back of your hand. Squish it right into the corners. 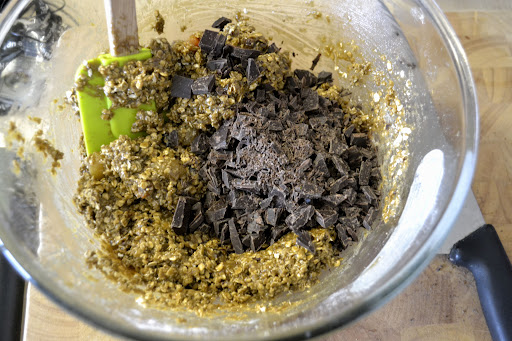 Bake for about 35-40 minutes, depending on your oven. The mixture will rise but it’ll still be quite soft on the bottom.

Allow to cool in the tin for about 20 minutes before slicing into pieces. 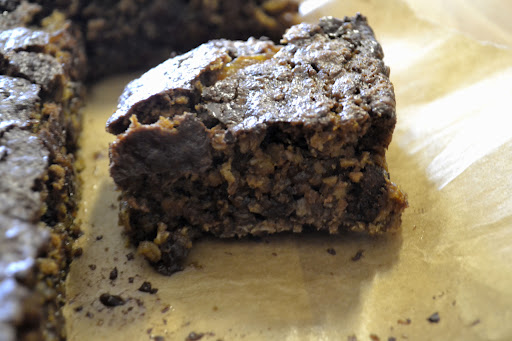