It is a truth universally acknowledged that all your bananas will ripen at once. My apologies to Ms Austen but that is the truth. (I’ve been having a forgotten love affair with the BBC Pride and Prejudice this week and it’s made me all giddy.) I will stop now. I found myself with ripened bananas this week and whilst I love a banana as much as the next person, there’s only so many one person can eat. Banana bread is the obvious choice and the thought of warm bread with a smear of butter finally won me over yesterday, which was particularly dreary and bleak. For some reason banana bread reminds me of the sun. Perhaps it is the warm glow the bread gives off? Or perhaps I have memories of eating it in the sun. Who knows. It’s comforting, filling and the perfect weekend breakfast.

I was surprised then to find that of my 6 cookbooks, only one has an actual banana bread recipe – and even then it had chocolate chips in it. They all had variations on banana cake but I wanted a loaf without extras. So I did some adapting from The Primrose Bakery Book and came up with this. I used two different types of sugars, left out the chocolate chips and added in some cinnamon and sour cream.

Preheat the oven to 180C and line a loaf tin with some baking paper.
Cream the butter and sugar together until fluffy. 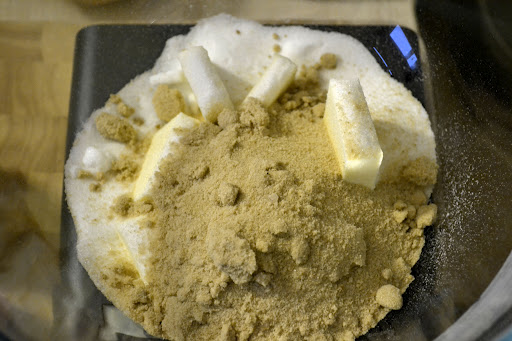 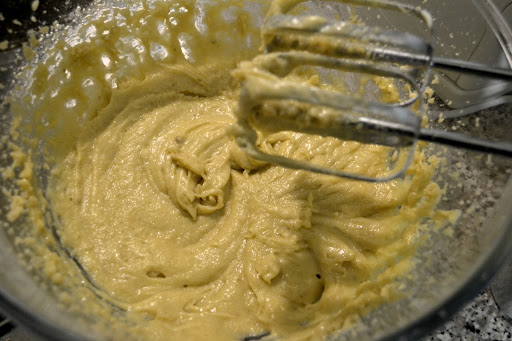 Add in the flour and baking powder and beat again. The mixture will be quite stiff.

In a separate bowl, mash the bananas with the cinnamon and sour cream. 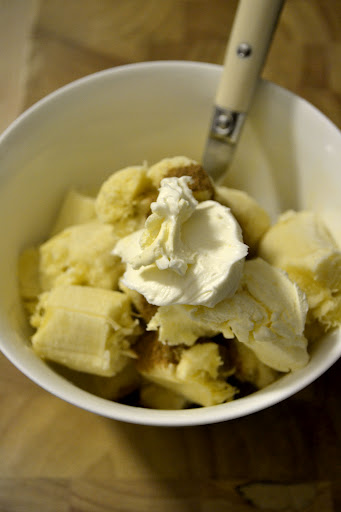 Add this to the mixture and beat again until everything is incorporated.
Pour the batter into the loaf tin, smoothing it with a spatula.

Bake for about 55 minutes until the loaf is risen and a skewer inserted comes out clean. If it starts to get too dark on top cover the tin loosely with foil – something I failed to do this time.

Allow to cool in the tin before turning out and eating with liberal amounts of butter. 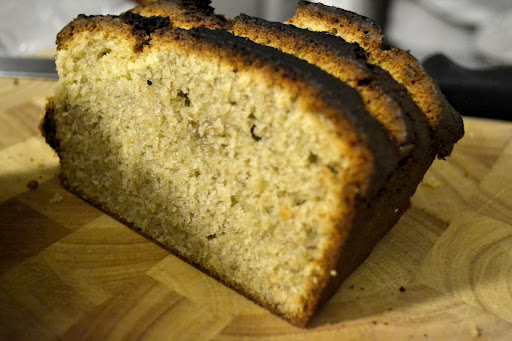